Bitcoin mining has gotten much more difficult over the years. In the early days of cryptocurrencies, practically anyone with a laptop could mine new coins — receiving a reward of 50 BTC when they verify a new block of transactions by completing complex mathematical problems. (This block reward may only have been worth $50 at the time, and no one knew how much this digital currency would eventually be worth.)

These days, life isn't as easy for those mining Bitcoins. Block rewards have been halved every few years — the number of Bitcoins entering circulation has dwindled to just 6.25 BTC a block. Nonetheless, Bitcoin transactions still need to be validated, meaning transaction fees have become a vital source of their income.

Here, we're going to explain how Bitcoin mining works, explore how much computing power is needed to keep the blockchain running and look at some of the other proof-of-work systems where mining hardware can be put to good use.

How Transactions Work on the Bitcoin Network

Before we get bogged down in the technology associated with producing new Bitcoins, let's find out how a Bitcoin block is mined in a really simple way.

As you'll (hopefully) know, the blockchain is home to the full transaction records of Bitcoin, all the way back to when the first block was mined in 2009. Over the years, a chain of blocks has been created, meaning past transactions are prohibitively difficult to edit. In order to amend transaction data, every single block that came afterwards would need to be recalculated — and that would take an insane amount of computing data.

The Process of Mining Bitcoins

A new block is created every 10 minutes. This means that, about six times an hour, Bitcoin miners are involved in a massive competition to receive a block reward.

Mining Bitcoins takes a lot of computing power, and the lucky person who gets to validate a block will have solved a mathematical problem before the rest of the network. (This is the whole rationale of proof-of-work, as the high amount of processing power involved helps prevent denial-of-service attacks.)

Solving the puzzle of how to mine Bitcoin means a new block is formed, with a size of 1MB. Bitcoin transactions that are waiting to be confirmed are then gathered from a mempool. The Bitcoin miner is likely to prioritize Bitcoin users who are willing to pay high fees in their block of transactions.

This new block also includes something known as a "coinbase transaction." This is how Bitcoin miners collect the 6.25 BTC reward for their efforts, as well as the transaction fees of every payment included in their block.

What Is a Hash Rate?

The hash rate is a crucial barometer of how healthy the Bitcoin blockchain currently is. In a nutshell, this is an overall look at how much processing power is currently in the Bitcoin network.

To cut a long story short, the hash rate tells us how much computing power that Bitcoin miners are willing to devote to processing blocks of transactions. The higher the levels of hashing power are, the more secure the blockchain is.

In order to ensure that cryptocurrency mining is happening consistently, with a new block emerging every 10 minutes or so, mining difficulty on the blockchain is regularly adjusted — approximately every two weeks. If the hash rate was at a high level, but the mathematical problems required to get block rewards were too easy, new Bitcoin would be entering into circulation too quickly. (Calculations that are too high would create similar issues.)

State-of-the-art processing units aim to offer the highest hash rates possible, as this gives miners a greater chance of being the first to solve mathematical problems.

Several companies produce Bitcoin mining hardware, and as an alternative it's also possible to build your own. Electricity costs are a massive consideration, as otherwise the expense of your energy consumption could outweigh any block rewards you receive.

The main elements in a Bitcoin mining rig are the motherboard, a reliable graphics card (Nvidia and AMD are two major suppliers,) a resilient power supply, a cooling solution to prevent your infrastructure from overheating, a dependable processor and a robust frame that'll keep the mining rig together and protect it from dust.

ASIC mining. This stands for application-specific integrated circuit. These devices have been built with the sole intention of mining Bitcoin and other cryptocurrencies. This hardware comes in a variety of forms, and some kits are way more expensive than others. They're especially beneficial because of how they deliver exceptional levels of computing power while minimizing electricity costs.

Scrypt mining. This approach to mining is especially popular on the Litecoin blockchain. It's designed to serve as an improvement to the SHA-256 hashing algorithm. Through Scrypt, miners need to generate random numbers as quickly as possible and store it in a RAM location. This approach is especially friendly for miners with GPUs, and it can create a level playing field as it lessens the advantage that ASIC miners have.

GPU mining. This appears to be the approach that's most popular among mining farms. Here, graphics cards are used to mine data from the blockchain. Although they are effective, graphics cards can be extremely expensive — and can quickly become obsolete as standards change. They're also high maintenance, meaning that cooling and reliable access to electricity are key.

CPU mining. In layman's terms, this involves mining crypto from your computer. It's a simple and inexpensive approach to take, but unfortunately, it's pretty impractical when it comes to mining Bitcoin. This method is best reserved for altcoins — and in some cases, you can find mining software that will run in the background and use spare computing power to mint crypto.

Should You Start Bitcoin Mining?

Sadly, Bitcoin mining is far from straightforward. It uses an insane amount of electricity. (To put this into context, the blockchain gobbles up 68.13 Terawatt hours of power every year — that's the equivalent of the Czech Republic, a country with 10.7 million people. A single transaction is the equivalent to the electricity that a typical U.S. household would use in 20 days. That's according to research by Digiconomist.)

Bitcoin mining can be profitable — especially in areas where electricity is fairly inexpensive. Levels of profitability are also dictated by the current price of Bitcoin. Going to all this effort might not really be worth it if BTC is only valued at $4,000, but if the value of Bitcoin keeps rising, then yes it certainly is worth it.

This website and the items it distributes contain business strategies, marketing methods and other business advice that, regardless of my own results and experience, may not produce the same results (or any results) for you. Crypto2Bitcoin.com makes absolutely no guarantee, expressed or implied, that by following the advice or content available from this web site you will make any money or improve current profits, as there are several factors and variables that come into play regarding any given business Primarily, results will depend on the nature of the product or business model, the conditions of the marketplace, the experience of the individual, and situations and elements that are beyond your control. As with any business endeavour, you assume all risk related to investment and money based on your own discretion and at your own potential expense

By reading this website or the documents it offers, you assume all risks associated with using the advice given, with a full understanding that you, solely, are responsible for anything that may occur as a result of putting this information into action in any way, and regardless of your interpretation of the advice You further agree that our company cannot be held responsible in any way for the success or failure of your business as a result of the information provided by our company. It is your responsibility to conduct your own due diligence regarding the safe and successful operation of your business if you intend to apply any of our information in any way to your business operations In summary, you understand that we make absolutely no guarantees regarding income as a result of applying this information, as well as the fact that you are solely responsible for the results of any action taken on your part as a result of any given information. In addition, for all intents and purposes you agree that our content is to be considered "for entertainment purposes only". Always seek the advice of a professional when making financial, tax or business decisions 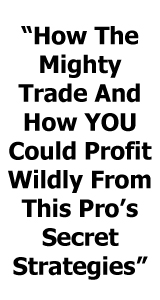 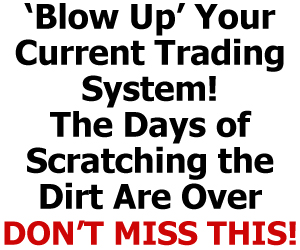 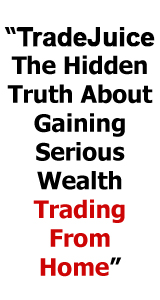